I was listening to Alex Jones when I came across this:
Posted by Unknown at 11:39 AM 140 comments:

(not what Millar saw. Photo courtesy of 4.bp.blogspot)

Open Minds has the deets on Mark Millar's UFO sighting over Glasgow. The comic book creator spotted a huge, glowing orb on New Year's Eve. He took to twitter, inquiring as to whether anyone else had seen the object.

His description sounds like  a Cigar shaped craft, but you can judge for yourself by reading the full article here. It may not seem like a huge deal to some, but when someone of some reknown, takes to a social media giant like twitter, to discuss a sighting, it's pretty big to us UFOLK.

American Exceptionalism and the rise of Esoteric knowledge

American Exceptionalism and the rise of Esoteric knowledge

It goes without saying that Americans grew out of the age old tradition of accepting gods and monsters, a long time ago. Even though our nation was founded by men who believed In a god that would bless this nation and grant it the power to redeem all other nations.

Fast forward to our age of talking cell phones and virtual worlds and the only monsters we believe in are the ones we find on cinematic screens. And yet across the globe gods and monsters still hold weight in other nations .

So where did our disbelief or refusal to accept old world beliefs come from? Do we blame it on science? It is my opinion that our American Exceptionalism is the driving force behind our reluctance to believe in the unseen.

Go to any other country, from Spain to Russia and you will see that UFOs and their existence is non debatable. In some countries monsters dwell in forests and witches curse crops.

In america, zombies   rule the television screens. We refuse to believe in things that will make us seem uneducated, gullible and maybe even vulnerable.

More and more americans believe in extraterrestrial life and ghosts than previously thought and yet you'd be hard pressed to find a scholar recounting his personal face to face encounter with the hairy man on his last camping trip.

It is an American pride that makes us think that believing in such things is unamerican. Let the other countries stone people for witchcraft. We are far too civilized and far too superior to believe in witches.

Let that country advertise its fear In a monkey man on the streets because they're just not educated enough to realize how ridiculous that sounds.

Across the globe, those that adhere to traditions older than america itself are frowned upon while Here on American shores paranormal encounters continue to persist.

I am often reminded of a scene in M. Knight Shyamalan s film SIGNS, in which the eventual defeat over the aliens in various countries around the world is explained away as ancient methods.

We may embrace a certain pride that we are above such beliefs and that we are too superior to except such childish notions of ancient world long since buried in the sands of all time, but let us suppose what would happen if the monsters declared their existence.

Who would survive then? The barbarians who have clung to ancient wisdoms or the new world with its false sense of security? 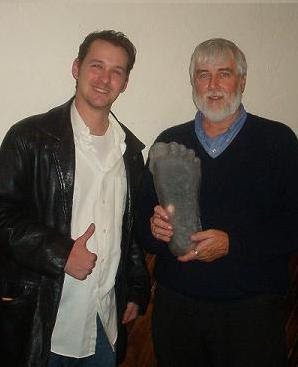 There was the Marx Brothers. Lucille and Ethel. Walter Matthau and Jack Lemmon. Ren and Stimpy. And so the tradition continues every time Tim Binnall invites Loren Coleman to guest on Binnall of America. Yeah, I know what you're thinking: Isn't it Tim and Jeremy? But hear me out. Some people just bring out the best in each other. When Loren interviews with Tim, he talks about everything. When Tim interviews Loren, he asks every question you ever wanted to ask. So, sue me, but when it comes to listening to the Top of the Pops in Cryptozoology or any other realm of curious endeavors, I prefer my Loren Coleman interviews at BOA.


You can listen here and then agree with me later...

Aaron Goodwin obviously was not fired. It was all a joke.

Podcast interviews worth listening to...

I don't care where many people stand on the UFO enigma. I used to. But these days I find myself caring less what other people think the PHENOMENA is or isn't versus what I think it is. It has everything to do with being bombarded with people's beliefs. Sometimes no one is actually pondering the mystery so much as adding their own misguided feelings to the pot.

I'm too old and disenchanted to hear what you BELIEVE it is. What you KNOW it is. That having been said, I thoroughly enjoyed three interviews from three people who err'd on the side of fact, common sense and the just plain plausible.

Very insightful, eye opening interviews that made the disenchanted Ufologist in me smile. Maybe this stuff isn't so bad after all.

I am that I am 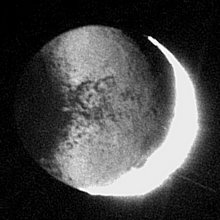 My first impression of this was that it must have cracked open at the center and that the light was emanating from within... 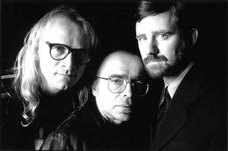